A quick (one evening) port of my old Duck Hunt VR game to the Oculus (a.k.a. Meta) Quest 2. Mainly to check what kind of performance I can expect from this device.

The build is still a little rough especially on the light and shading side. Also the mapping of the Zapper (gun) to the Quest 2 controllers needs some polishing, as the trigger is off-center on the physical controllers.

I finally pulled the trigger… I have been considering if I should upgrade my HTC Vive set to a new and shiny Valve Index set. My play (and development) time is very limited with two young kids in the house.

In the end I decided that running a Valve Index HMD on my current GPU (Geforce GTX 1080) would be limiting it severely. And upgrading my GPU is not a fun thing to do at this moment (way more expensive than the full Valve Index set).

So I decided to only buy the Valve Index controllers, and keep on using the original HTC Vive HMD for now.

Now I can finally play Half-Life: Alyx 😍 I was holding out until I had the right gear to experience it “The Way its Meant to be Played”.

I have to say, I needed a little adjusting time (after all the VR hours with the old HTC Vive controllers). But in Half-Life: Alyx these Valve Index controllers really rock! The game is also awesome. It is really cool to be back in the Half-Life universe after all these years 😎

Today I introduced my 2-year-old son to Virtual Reality, exploring the ocean life in “theBlu“.

The HTC Vive is now called the “visjes bril” (a.k.a. fish glasses). The big blue whale seems to be a little intimidating for 2-year-old virtual boys 😉 But they really love the jellyfish 😍

Two fun and interesting days of Virtual Reality and Augmented Reality at AWE Europe 2017. Now it’s time to get back to reality and realize that I look pretty nerdy in these pictures 😉

This is a nice review of (my) Duck Hunt VR Alpha 04 by Nathie.

My first little Unity 3D Virtual Reality project, inspired by my old friend the Nintendo Entertainment System. Please keep in mind the I have never used Unity 3D before, so this is my first sandbox application…

This Alpha 04 release incorporated a lot of used feedback from the Vive subreddit: https://www.reddit.com/r/Vive/

In particular the feedback gathered during this live coding session: https://www.reddit.com/r/Vive/comments/4pbx4x/duck_hunt_vr_for_the_htc_vive_alpha_03_this_is_a/

Nice, I made the first batch, and received my HTC Vive today 🙂 So I took half the day off []-)

Pre-ordered a nice upgrade for my Oculus Rift DK2… Took me 8 minutes when the countdown timer hit the 00:00… 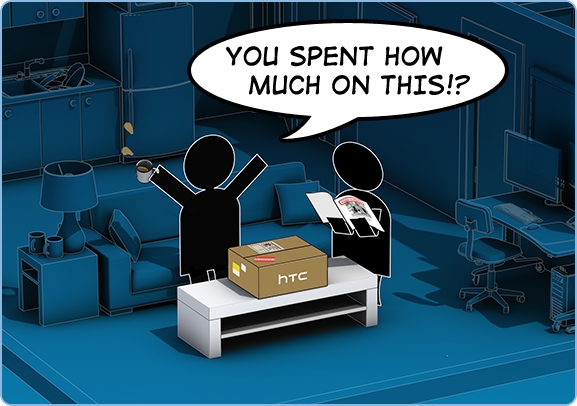 I’m one prototype late to the virtual reality party, but I received my new cool toy today 🙂